There has been a tremendous amount of interest in our new Trub Filter/Strainer.  First a little background:  I originally brought a few of these into stock with the idea that I would convert them into hop backs.  After some testing and playing with different ideas I realized that without quite a bit of fabrication, this thing was going to do what it was designed to do, filter material out of suspension rather than force wort through a bed of hops.  That is, unless you were to fill it completely with hops.  So, I put them up on the website as-is and the response for a filter rather than a hopback was overwhelming.

Brewers had a lot of questions about using it but by far the number one question I've been asked is "How much hops can it filter before it gets clogged?"  Since testing to that point had been pretty limited and focused on making it into a hopback, I had no idea.  So I set out to do more testing with one clear goal; Clog this sucker and figure out just what it takes to do so!

Seeing as how I am just not a hophead and brewing an actual batch of beer would have really only allowed for a single test, I decided to run a few tests by boiling hops in water.  I started out with about 10 gallons of water and 17oz of typical pellet hops. (Don't worry, they were old. No fresh hops were harmed in these tests) So over a pound of hops in a 10G batch, pretty much far and above what even the most devout hophead would use.  For the setup, I placed a 90* elbow on the butterfly valve, attached the filter strainer directly to that, ahead of a March 809 pump and then pumped back into a second kettle. We now recommend placing the filter strainer on the outlet side of the pump so the flow into the pump is not restricted. 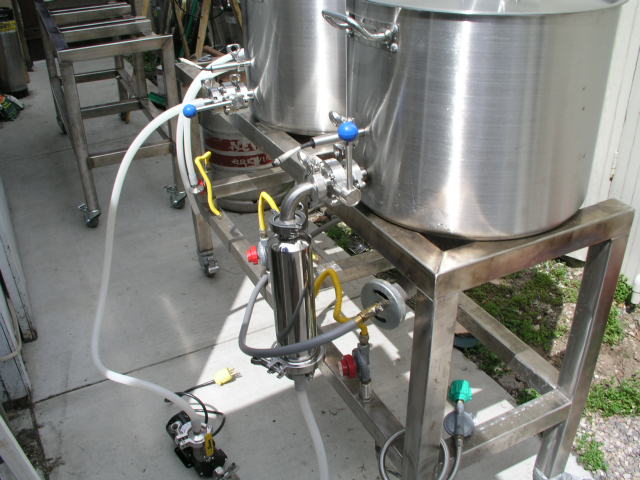 I boiled the 17oz of pellet hops until they fell into solution and were well dissolved. After flame out, I used my spoon to give a quick whirlpool and then let it set until it dropped to about 180* or so. 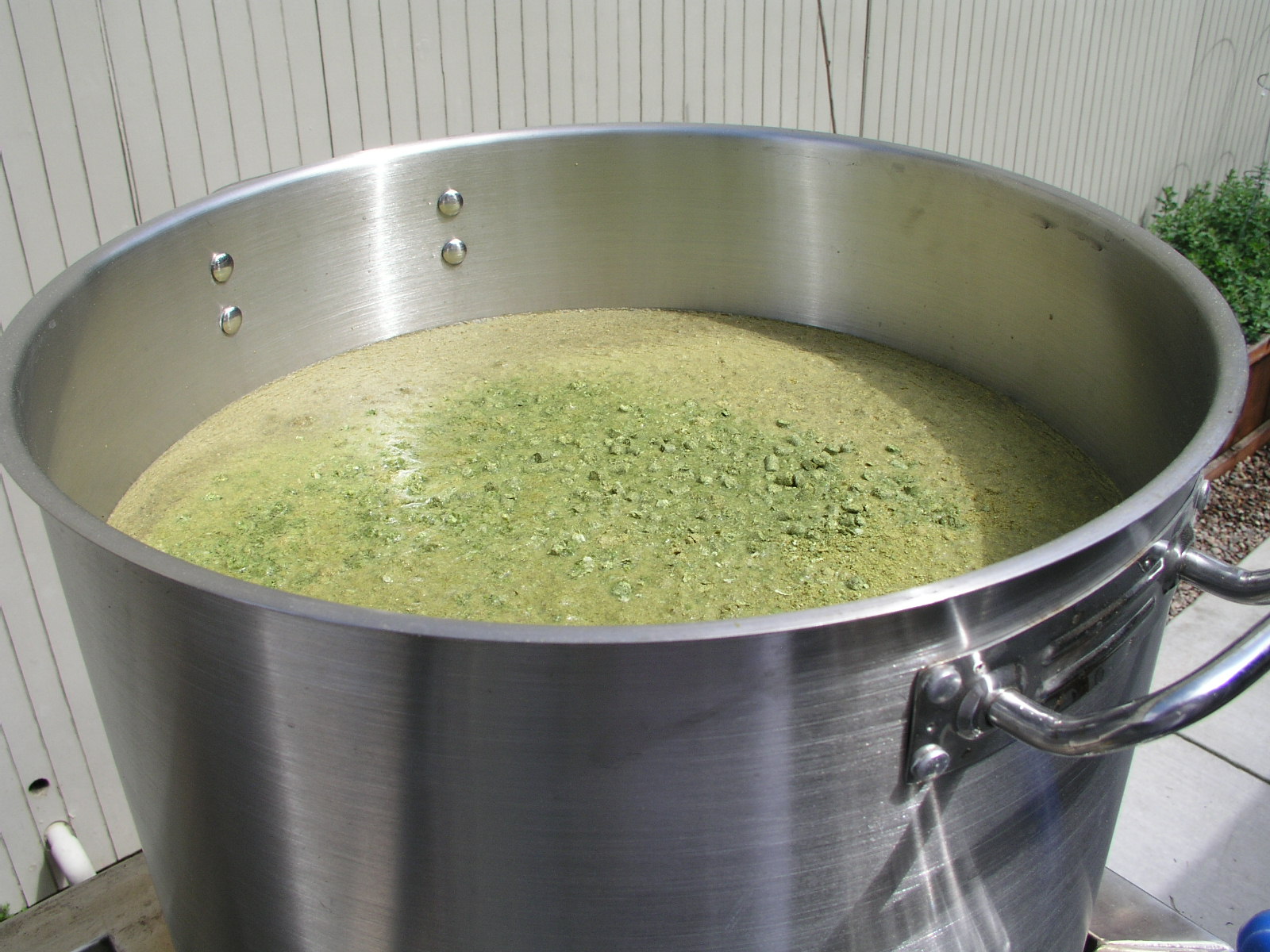 I fully expected this would clog the filter strainer pretty quickly, but even with the pump wide open and tilting the kettle forward to get every last drop, the filter work perfectly with no sign of clogging.  I was actually concerned that perhaps it let too much material through, but after letting the receiving kettle settle for 2 hours and draining it off, there was very little sediment in the receiving kettle. 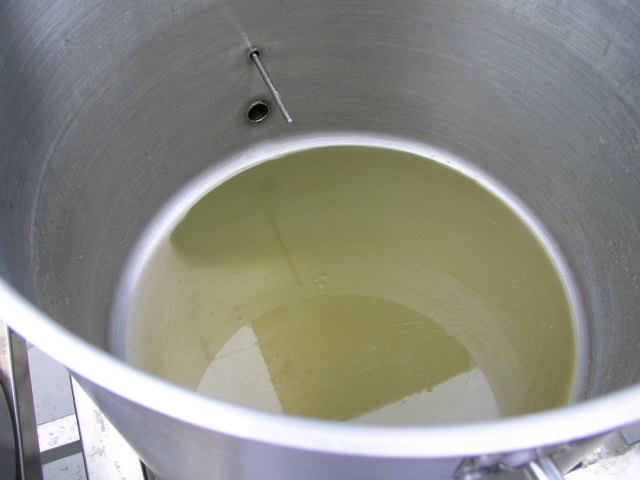 OK, so the trub/hop filter strainer worked pretty dang well with pellet hops, but what about whole hops? I've tried brewing with whole hops a couple times now and they were the bane of my existence each time.  The end of the brew session resulted in a clogged pump and hours trying to pump into my fermenters.  I love the aroma from fresh whole hops but I hate using them.  Next I recombined the contents of the receiving kettle back into the boiling kettle and added an entire bag of whole hops, about 5 oz., on top of the pound of pellet hops. (again.. old cheesy hops. No good hops were harmed for the sake of testing)  I brought this back up to a boil until the hops were all well combined and back in solution and repeated the test as above. 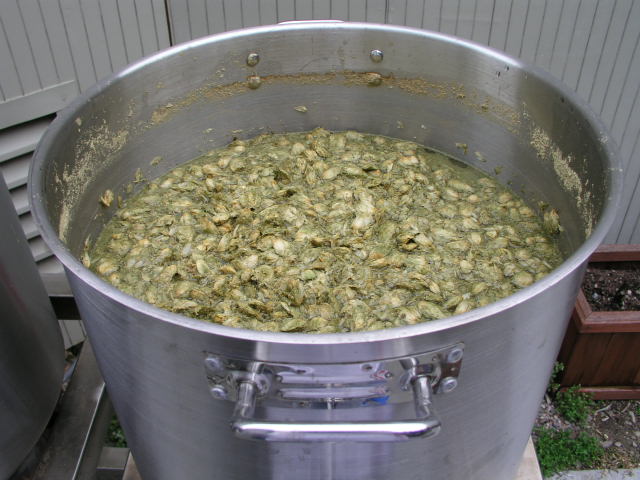 Again I was able to drain the entire kettle, tipping it at the end to get every last drop and again, the filter never clogged.  Draining the receiving kettle again revealed very little sediment, actually less that the first test, presumably from the additional filtration provided by the whole hops. 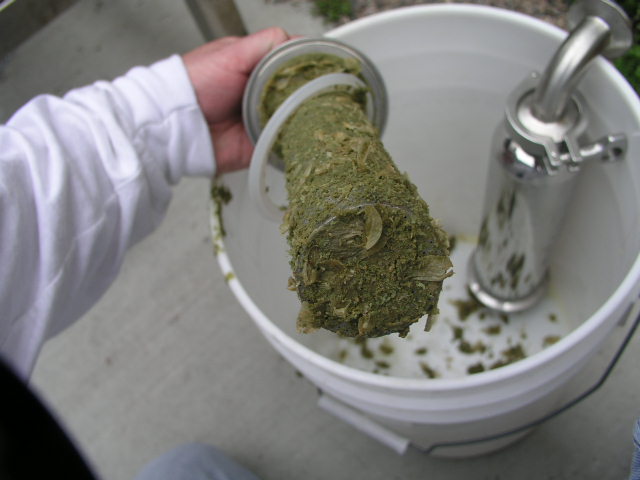 Opening the filter strainer after the whole hop test. 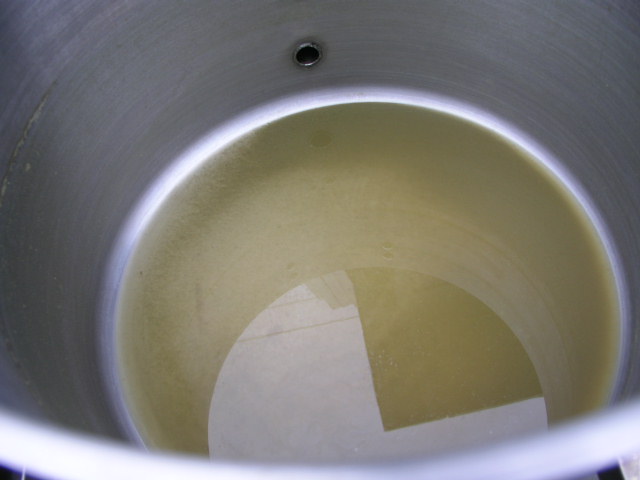 After this I was really pretty impressed with this piece of brewing equipment.  It performed better than I had expected with both pellet and whole hops.  It removed a significant amount of material and didn't clog.  This testing was done before the new filter sleeves were available and I'm looking forward to trying this again with the sleeve in place.

Can't subscribe you right now. Try later
Thank you for subscribing to the newsletter! We hope you enjoy shopping at Brewers Hardware, Inc.